Use the SAMR Model to Spearhead Technology in Your Classroom 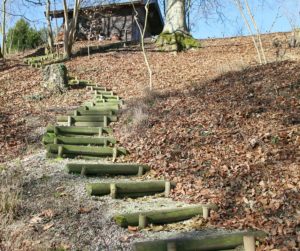 This is a question I get often from teachers: Technology is always an extra layer of work in my classroom. How can I blend it into what I already do without taking time I don’t have? When I first addressed this issue fifteen years ago, it was all about replacing traditional classroom tools with one on a computer. For example, book reports were typed on the computer instead of handwritten, or math facts were practiced with a math game instead of flash cards. But that quickly became cumbersome. Teachers didn’t know how to use the digital tools and there was never enough training to untip that balance. At the end of the day, paper-and-pencil was easier, faster, and perfectly understood. Soon, even the most stalwart tech-infused teachers discovered it was just as effective to use traditional tools and pull out the tech stuff for special occasions.

What happened? How did such a good idea go so wrong? The problem was four-fold:

What many had hoped would be a transformative tool, allowing educators to teach differentiated lessons, cover more material, and deliver in more authentic ways, became a daily struggle. Where technology integration was supposed to look like A (below), instead it became B: 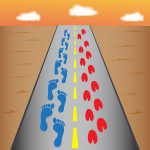 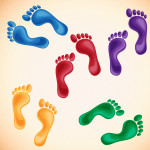 If this sounds like you, keep reading. I’m going to show you how to fix it.

Many of you have heard of Dr. Ruben Puentedura’s SAMR Model. It’s intended as a barometer for evaluating technology incorporation into instruction, but I’m going to suggest it be used instead as a guide for integration. Start at the S–Substitution–and work your way through the levels as you’re ready. This provides an easy, natural, resilient, and native way to integrate technology into teaching. 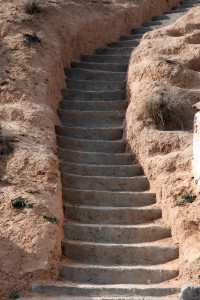 Here’s how it works:

Tech acts as a direct tool substitute with no functional change.

This is a great starting point. Look at what you’re doing in your lesson plans and consider what tech tools could replace what you currently use. For example, if you make posters to discuss great inventors, use an online tech tool like Glogster or Canva? If you’re practicing math skills, use one of the many online math programs. If you’re researching for a project, visit an online library.

Tech acts as a direct tool substitute with functional improvement.

At this level, you not only replace an unplugged tool with a tech one, but you increase the learning opportunities. Instead of simply creating the poster using Canva or Glogster, embed the finished project into the class blog to share with other students. Study math online, but use a program like Khan Academy that tracks progress and scales material to student needs. While researching using an online library, cite materials in an appropriate manner to comply with student digital responsibilities.

By now, tech tools facilitate the student ability to meet not only the specific curriculum tasks, but higher-order thinking and the Habits of Mind that make up successful adults. The poster started above can be a collaborative project that engages a group of students, reinforcing their skills at speaking and listening, working in groups, and those important writing skills of edit-revise-rewrite.The math practice can be extended by asking students to create their own assessments, to measure their progress. The online research becomes collaborative note-taking as a student group researches a topic and takes notes using a shared document.

Tech allows for the creation of new tasks, previously inconceivable.

At this enlightened level of tech integration, the poster becomes a student-directed exemplar of their learning. In fact, it may not even be a poster. The student examines what they have learned in the unit, the needs of task-purpose-audience, and strategically selects the tool best suited to communicating their knowledge. That might be the poster, a movie, a song, a word cloud, or a Thinglink to mix a wide variety of media. The project is inquiry-driven, student-centric, and dynamic.

There’s the model. Start with substitution. Stay there until Augmentation occurs naturally. You don’t force it; it simply arrives because you and your students are ready. The same is true with moving up to Modification and Redefinition. There are no expiration dates to hurry you forward, no bell that’ll ring if you don’t finish by a certain time. You simply allow it to unfold naturally.