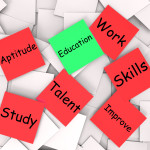 The problem is, Chromebooks aren’t a mashup of computers and iPads, no matter how much teachers wish they were. Which means too often, teachers think that buried within their shiny new Chromebooks are multi-functional computers. I’ll leave the tick chart comparisons between the three devices to others. Let’s jump ahead past choice to where you are–unpacking your new Chromebook. Why did your IT folk pick this instead of the other?

But it’s worth repeating that they aren’t computers–not in the strict sense of what we’ve come to expect from a computer:

So what are some tips for using this transformative tool in your classroom?

Want more? Intel Education has a lot of ideas here and here at IntelEdu’s Fast Facts (and more) about Chromebooks. For 100 tips on using Chromebooks, check out Chromestory‘s post here. For a Forbes analysis of why Chromebooks are winning the ed market, click here.

Apps and IPads as Education Tools

5 Responses to 18 Pluses, 5 Differences, and 9 Tips about Chromebooks in Your Classroom