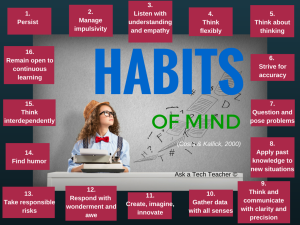 Pedagogic experts have spent an enormous amount of time attempting to unravel the definition of ‘educated’. It used to be the 3 R’s–reading, writing, and ‘rithmetic. The problem with that metric is that, in the fullness of time, those who excelled in the three areas weren’t necessarily the ones who succeeded. As long ago as the early 1900’s, Teddy Roosevelt warned:

It’s the kids without their nose in a book that notice the world around them, make connections, and learn natively. They excel at activities that aren’t the result of a GPA and an Ivy League college. Their motivation is often failure, and taking the wrong path again and again. As Thomas Edison said:

Microsoft founder, Bill Gates, and Albert Einstein are poster children for that approach. Both became change agents in their fields despite following a non-traditional path.

In the face of mounting evidence, education experts accepted a prescriptive fact: student success  is not measured by milestones like ‘took a foreign language in fifth grade’ or ‘passed Algebra in high school’ but by how s/he thinks.  One curated list of cerebral skills that has become an education buzz word is Arthur L. Costa and Bena Kallick’s list of sixteen what they call Habits of Mind (Copyright ©2000):

Together, these promote strategic reasoning, insightfulness, perseverance, creativity and craftsmanship.

But they’re not new. They share the same goals with at least three other widely-used education systems: 1) Common Core (as close as America gets to national standards), 2) the International Baccalaureate (IB) program (a well-regarded international curriculum, much more popular outside the US than within), and 3) good ol’ common sense. Below, I’ve listed each Habit of Mind with a brief explanation of what that means (in italics). I then point out connections to Common Core, the IB Program, and the common sense your grandma shared with you. The result is a compelling argument that education is less a data download and more a fitness program for our brains.

Stick with a problem, even when it’s difficult and seems hopeless.

Winston Churchill said, “Never, never, in nothing great or small, large or petty, never give in…” The same decade, Albert Einstein said:

“It’s not that I’m so smart, it’s just that I stay with problems longer.”

The Common Core is not a curriculum, rather a collection of forty-one overarching Standards in reading, writing, language, math, and speaking/listening that shape a student’s quest for college and career. Sprinkled throughout are fundamental traits that go beyond the 3R’s and delve deeply into the ability of a student to think. The math standards require students learn to ‘persevere in solving problems‘.

The IB Program has twelve attitudes that are fundamental to every learner: appreciation, empathy, commitment, enthusiasm, confidence, independence, cooperation, integrity, creativity, respect, curiosity, and tolerance. Students exhibiting the attitude of commitment persist in their own learning, persevere no matter the difficulties.

Among his endless words of wisdom, Benjamin Franklin said:

“It is easier to suppress the first desire than to satisfy all that follow it.”

Common Core Standards tell us to ‘Use appropriate tools strategically’.

Besides the twelve attitudes listed above, the IB Program names ten traits that profile a learner: inquirer, knowledgeable, thinker, communicator, principle, open-minded, caring, a risk-taker, balanced, and reflective. Students who are reflective give thoughtful consideration before acting.

Listening with Understanding and Empathy

Pay attention to and do not dismiss another person’s thoughts, feelings, and ideas. Consider the discussion through their eyes.
..
An Algonquin Native American prayer reads:

“…grant that I may not judge my neighbor before I have walked for a day in his moccasins.”

..
Common Core calls it ‘understanding other perspectives’.
..
The IB mission is to ‘develop active, compassionate and lifelong learners’. One of the traits included in their learner profile is ‘open-minded’. That, together with the attitude of ’empathy’ highlight the importance of understanding another’s reasoning and emotions. 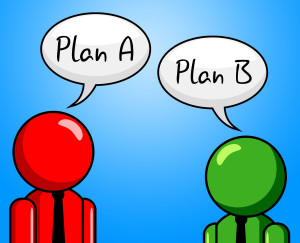 Consider the input of others. Weigh options.

“The most successful people are those who are good at Plan B.”

I love that sentiment.

Common Core describes this in detail under Speaking and Listening Standards, including the importance of listening to others and building on the input of others.

‘Thinking flexibly’ is inherent to many of the IB learner attitudes, especially cooperation, respect, and tolerance. It is also integral to the Learner Profile ‘Open-minded’. These are students who are open to the perspectives, values and traditions of other individuals and communities.

Consider the impact of choices on myself and others.

“Thinking is the hardest work in the world, which is why so few engage in it.”

Common Core asks that students ‘independently discern’. In fact, critical thinking skills are implicit in almost all of the core literacy skills and mathematical practices. Most famously, Common Core takes simple math and insists students understand not the algorithm, but the logic behind it. In short, they must think and understand, not just do the rote drill.

The IB Learner Profile includes ‘thinkers’ as those who “exercise initiative in applying thinking skills critically and creatively to recognize and approach complex problems and make reasoned, ethical decisions”.

Wyatt Earp once said, “Fact is fine, but accuracy is everything.” Want someone more famous? How about Injinji (they manufacture toesocks):

IB calls this ‘principled’ and ‘balanced’.

Develop a questioning attitude. Consider what information is needed.

This became popular in Ancient Greece with the birth of democracy. Socrates helped citizens reach decisions and unravel problems by posing questions. When we use it today, we call it the Socratic Method.

Common Core asks that learners ‘attend to precision’, to research questions/problems and find answers that are evidence-based. When listening to speakers, students are expected to come prepared to listen attentively and ask relevant questions.

IB expects students to be inquirers, reflective, and risk-takers, not afraid to ask questions and pose problems. Being able to ask a question is the first step towards becoming an inquirer.

Don’t be discouraged, though, if questions don’t always have ready answers. As Laurence J. Peter said:

“Some problems are so complex that you have to be highly intelligent and well-informed just to be undecided about them.”

Applying Past Knowledge to New Situations

Consider prior knowledge and experience.

The education community (especially those who follow Understanding by Design–UbD) call this ‘transfer of knowledge’. Margaret Mead famously said, ‘It takes a village’ to raise a child, referring to the accumulation of knowledge that must be taught.

The IB learner profile considers students ‘knowledgeable’ who explore concepts, ideas and issues that have local and global significance.

Thinking and Communicating with Clarity and Precision

Strive to be clear when speaking and writing.

Over two thousand years ago, Plato explained the importance of clear speaking:

Common Core outlines this in the Speaking and Listening Standards–expecting students to join conversations prepared and with evidence.

The IB Learner Profile ‘Communicators’ is explained as those who “understand and express ideas and information confidently and creatively in more than one language and in a variety of modes of communication.”

Gathering Data through All Senses

Grandma’s wisdom warns, “Be aware of your surroundings.” Over half of communication is delivered through non-spoken body language. George Bernard Shaw said:

“The single biggest problem in communication is the illusion that it has taken place.”

Common Core calls this ‘using appropriate tools strategically’ and ‘evaluating information presented in diverse media and formats’. It expects arguments and discussions to be based on evidence, nothing else.

Think about how something might be done differently from the “norm”.

Einstein warned of the importance of having creative and innovative thinkers:

“The significant problems we face cannot be solved at the same level of thinking we were at when we created them.”

IB calls these learners ‘inquirers’ and ‘risk-takers’. It defines creativity as ‘being creative and imaginative in their thinking and  in their approach to problem solving and dilemmas.’

Responding with Wonderment and Awe

Have regard for what is awe-inspiring and can touch my heart.

Common Core expects students to be ‘self-directed learners’. See/think/wonder is the basis for inquiry in the classroom.

In IB, this approach is included under ‘thinkers’ as a broad understanding of the part of ‘see/think/wonder’ in effective learning. It is also included as an IB Attitude ‘appreciation and enthusiasm’. This refers to the sense of wonder and beauty about the world.

Consider doing new things that are safe and sane. Face the fear of making mistakes and don’t let this stop you.
..
Don’t let the ‘fear of failure’ stop you from trying. Oliver Wendell Holmes said:
..

“Trouble creates a capacity to handle it.”
..

Common Core wants students to ‘make sense of problems’.
..
IB defines risk-taking as: ‘They [students: the risk-taker] approach unfamiliar situations and uncertainty with courage and forethought, and have the independence of spirit to explore new roles, ideas and strategies.  They are brave and articulate in defending their beliefs.’
..

Look for the whimsical, absurd, ironic and unexpected in life

Humor is well-accepted as the great lubricant for everything from tension to stress, disagreements, and unhappiness. Richard Sloma brings it back to Habits of Mind and problem solving:

“Never try to solve all the problems at once–make them line up for you one-by-one.”

This is the only Habit of Mind I didn’t find direct correlations in either Common Core or IB. This is surprising because many great thinkers believe in the power of humor to unpack thinking. Here’s what Francis Bacon says:

“You can’t laugh and be afraid at the same time — of anything. If you’re laughing, I defy you to be afraid.”

Willing to learn from others in reciprocal situations and abide by their decisions.

Helen Keller said, “Alone we can do so little. Together we can do so much.” Your sports coaches probably quoted Phil Jackson:

Common Core over and over again expects learning to be done collaboratively–and then shared, so as one students grows, all grow by teaching each other.

The IB Program expects students to “…work effectively and willingly in collaboration“.

“Perplexity is the beginning of knowledge.”

For Common Core, this is considered the ability to ‘comprehend as well as critique’. Learners must understand, but continue to grow as they revisit, critique, and blend in new learning.

IB considers ‘open-minded’ one of the core traits and ‘curiosity’ the trait of a life-long learner.

If you’ve never been the A student, varsity sports player, or Most Likely to ***, and thought that meant you’d never amount to much, think again. Success is about who can critically think, collect evidence, make connections, keep their eye on the ball as the world falls apart around them, see the forest for the trees–and stay positive. If you are that person, it will be enough.

More on IB and Common Core:

Jacqui Murray has been teaching K-18 technology for 30 years. She is the editor/author of over a hundred tech ed resources including a K-8 technology curriculum, K-8 keyboard curriculum, K-8 Digital Citizenship curriculum. She is an adjunct professor in tech ed, Master Teacher, webmaster for four blogs, an Amazon Vine Voice reviewer, CAEP reviewer, CSTA presentation reviewer, freelance journalist on tech ed topics, contributor to NEA Today and TeachHUB, and author of the tech thrillers, To Hunt a Sub and Twenty-four Days. You can find her resources at Structured Learning.

12 Responses to Let’s Talk About Habits of Mind