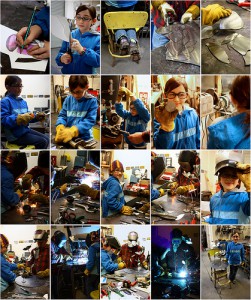 In America, there was a time when the idea of homeschooling raised eyebrows of concern and could result in a visit from social services. A lack of trust by the government and public in general in a parent’s ability to educate their own children made homeschooling a bit of a stigma.

Even today in some circles, there are still many “old school” thinkers that go so far as to say that homeschooling is tantamount to deliberate child abuse. As ridiculous as that sounds to most of us, overcoming such ignorance has been a problem for some parents looking into homeschooling.

Overseas, it can be much worse. Homeschooling is illegal in Germany, a law instituted under Hitler and still enforced today. German families who choose to home school must do so in secret and run the risk of arrest; or worse, having the state take their children away.

Performance of home schools versus public and private schools

It doesn’t take much effort or investigation to discover that homeschoolers excel above their public school counter parts in nearly every category. According to a study conducted by Dr. Lawrence Rudner:

• One in four home school students are enrolled in a grade level that is above their age level.

• In every grade and in every subject, home schooled students outperform both public and private school students.

Other studies confirm these findings, showing that home schooled students have a much higher college entry rate, score higher on SAT’s and ACT’s, have a higher rate of college graduation, and earn higher incomes in the workforce.

These numbers come despite the fact that about 25% of parents in America who choose to home school either never attended college, or attended but never received a degree. An additional 7-10% have only an Associate degree. (read on for more about the success of homeschooling...)