How Is Cloud Computing Revolutionizing the Education Industry? 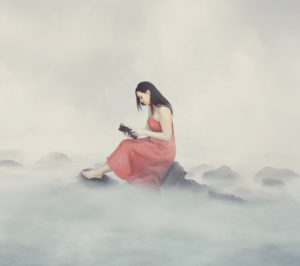 When I started teaching, syncing work between school and home was impossible. Completing homework required either printing it and bringing it in as paper or–well, nothing. There was no way to get it into a student school drive from home.  Thanks to cloud computing, that nightmare is over. Cristopher Burge who runs the website Cloud Storage Advice, has a great rundown on how cloud computing has revolutionized education:

The concept of cloud computing saw its beginnings in the educational sector ever since the first open source websites saw the light of day. Online libraries and collections of free didactic documents were a reality as early as 1997, through the Cisco Networking Academy. American entrepreneur Salman Khan (not to be confused with the Bollywood actor of the same name) founded a similar project ten years later, namely the Khan Academy.

Cloud Computing in the Educational Sector

And yet, cloud computing for school and universities wasn’t a top priority less than a decade ago. According to statistics published by Gartner analyst Thomas Bittman, only 4% of the school and education system was interested in cloud computing in 2009. It registered as one of the lower ranking fields on the list, but it still managed to position itself in the top ten.

Nevertheless, an article published in the International Journal of Advanced Computer Science and Applications one year later in 2010 uncovered that 88% of teaching professionals saw a need for integration of the service. Fast forward to 2018, how many schools in the world can actually say that they executed this?

END_OF_DOCUMENT_TOKEN_TO_BE_REPLACED

Q: I want to share a class video with parents, but the file’s too large and I don’t know how to embed it into the class blog. What can I do?

A: Share it with Google Drive or Microsoft’s OneDrive. In fact, you can share from any cloud-based file folder including Dropbox and Box.

END_OF_DOCUMENT_TOKEN_TO_BE_REPLACED

Q: I need my computer’s IP address, but I don’t know where to find it. Help!

A: Let’s start with why you might need your IP address. Here are a few reasons:

There are lots of places online that provide your IP address for free. Here’s one: My IP Address.com.

END_OF_DOCUMENT_TOKEN_TO_BE_REPLACED

Tips For Selecting The Best And Most Efficient Web Hosting Provider 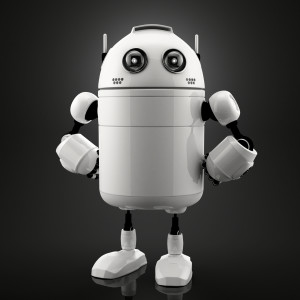 Most prospective buyers start by going to the seller’s website before purchasing. An online presence has become a vital importance for not just business owners or service providing companies, but teacher-consultants who offer online classes, mentoring, and lesson plans to fellow educators. Thanks to a plethora of reliable and affordable web hosting companies, you no longer need ‘weebly’ or ‘wordpress’ appended to your online profile.

The problem is: There are too many web-hosting companies. How do you qualify them? Which one delivers great service at a reasonable price with reliable features that aren’t confusing to figure out? What you need is a web hosting review site (like the link above) that evaluates the critical services without relying on customer comments and their placement in a Google search.

Below are tips to help you evaluate services before you make your selection:

END_OF_DOCUMENT_TOKEN_TO_BE_REPLACED

Q: The internet website is quirky. Stuff I know should work doesn’t. Is there any quick way to fix that without having to reboot?

A: Here are four steps you can take before rebooting your entire computer:

END_OF_DOCUMENT_TOKEN_TO_BE_REPLACED

Q:  I got an email that looks legitimate, but I’m not sure. How do I check?

A: You’re right to take a step back. ‘Phishing’ is an attempt to steal your personal information by posing as a trusted source (a friend, your bank–like that). Kaspersky reports that while spam is declining, accounting for only 66% of email last year, phishing attacks have tripled. Why? Because it works. People think it won’t happen to them, until it does. To clean up after a successful email box invasion can take months, cost thousands of dollars, and give you many sleepless nights.

As a educator, you’ll want to teach students how to protect themselves as soon as they start using open email networks. Here are six suggestions:

END_OF_DOCUMENT_TOKEN_TO_BE_REPLACED

Q: My internet stopped working on my laptop. Everyone else’s in the house works, but mine won’t connect. What do I do?

A: First: Make sure the laptop button that allows connection to the internet is on. More often than not, that’s the problem for teachers at my school. If it’s not that, it gets much more complicated. I’ll cross my fingers.

END_OF_DOCUMENT_TOKEN_TO_BE_REPLACED

I’ve been sharing Tech Tips for almost three years. Here are the internet hints readers consider the most important:

END_OF_DOCUMENT_TOKEN_TO_BE_REPLACED

How to Set up a Class Internet Start Page–the Movie

I’ve talked a lot of about class internet start pages–where you collect links in one place for student access.  Here’s an article, but for many that’s not enough. They want visual–so I created a movie. Let me know if this answers all your questions:

END_OF_DOCUMENT_TOKEN_TO_BE_REPLACED

5 Top Ways to Integrate Technology into the New School Year 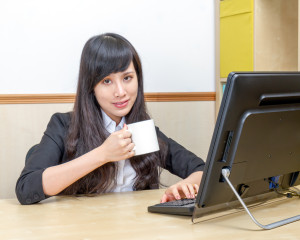 I was nodding, thinking of people the reasons fit perfectly–and then I noticed: The article was written in

Have you been giving the same reasons for fifteen years too, hoping the tech demons will just go away and leave you to teach in peace? Every June, do you say, I got through another year without this or that tech tool–and everything went well.