I’ll be taking a few weeks off–until after the New Year–to edit/format my website, work on projects with a deadline, prioritize life, and wish my two adult military children could come home to visit. I may drop in on you-all as you enjoy your holidays, but mostly I’ll be regenerating. 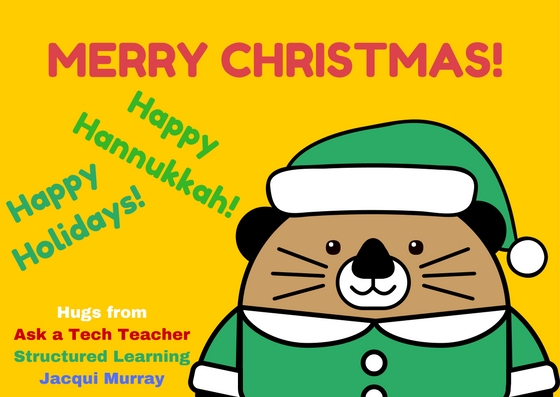 I wish you a wonderful season, safe and filled with family.

See you in a few weeks!

END_OF_DOCUMENT_TOKEN_TO_BE_REPLACED

A friend started a free blog directory that includes categories for writers and teacher-authors. I’ve added both of my blogs, Ask a Tech Teacher and WordDreams. It’s free, just getting going. If you’re looking for another way to market your books and/or teaching resources, here’s how you sign up:

Why the Blog Directory?

How to submit your blog?

END_OF_DOCUMENT_TOKEN_TO_BE_REPLACED

11 Ways to Update Your Online Presence

This week, I’ll post my updated suggestions for three holiday activities that will get your computers and technology ready for the blitz of teaching that starts after the New Year. Here’s what you’ll get (the links won’t be active until the post goes live):

For regular readers of Ask a Tech Teacher, these are yearly reminders. For new readers, these are like body armor in the tech battle. They allow you to jubilantly overcome rather than dramatically succumb. Your choice.

For most teachers I know, life zooms by, filled with lesson planning, teaching, meeting with grade-level teams, chatting with parents, attending conferences (to stay UTD), and thinking. There are few breaks to update/fix/maintain the tech tools that allow us to pursue our trade.

That includes your online presence and all those personal profiles. But, that must happen or they no longer accomplish what we need. If they aren’t updated, we are left wondering why our blog isn’t getting visitors, why our social media Tweeple don’t generate activity, and why you aren’t being contacted for networking. Here’s a short list of items that won’t take long to accomplish:

END_OF_DOCUMENT_TOKEN_TO_BE_REPLACED

Have Santa Call Your Kids! 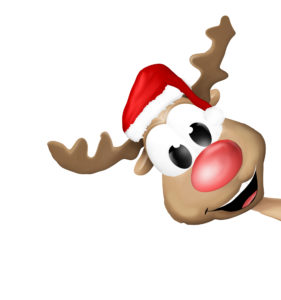 DialMyCalls (an AATT sponsor) has a special Christmas offer for kids:

Free Santa Calls To Your Family This Christmas

This Christmas we have a great gift for everyone! Whether you’re an existing DialMyCalls user or not, you can take advantage of our completely free phone call from Santa. Imagine the look on your child’s face when they receive a personalized phone call from Santa with his or her name on it!

What an amazing gift to any child for Christmas!

END_OF_DOCUMENT_TOKEN_TO_BE_REPLACED

This week, I’ll post my updated suggestions for three holiday activities that will get your computers and technology ready for the blitz of teaching that starts after the New Year. Here’s what you’ll get (the links won’t be active until the post goes live):

For regular readers of Ask a Tech Teacher, these are yearly reminders. For new readers, these are like body armor in the tech battle. They allow you to jubilantly overcome rather than dramatically succumb. Your choice.

16 Ways to Speed up Your Computer

I post this every year and have included several great suggestions from readers. Here’s what you need to do:

END_OF_DOCUMENT_TOKEN_TO_BE_REPLACED 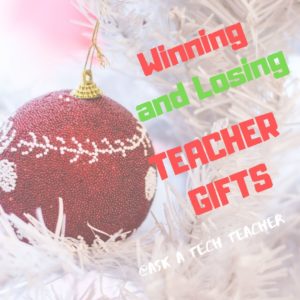 I was going to update this list from last year but when I checked around, my fellow teachers had the same holiday wishes, just tweaked for current circumstances:

Holiday gifts for teachers are a challenge. If your child has many teachers, it’s difficult to find a personalized gift for each that is both affordable and valued. For me, as a teacher, I am always happy with a gift certificate that works anywhere but there are time-proven ways to get more creative than a gift that sounds like “money”.

When I chat with teacher friends, here are the most popular gifts they’ve gotten over the years. Many are free and others allow you to spend only what you can afford while still giving a gift the teacher will love.

The suggestions below provide ample choices of gifts for your child’s teacher regardless of how well you know them.

Compliments to the Administration

A Thank You Letter

Handwrite a note to the teacher telling them how much you and your child appreciate what they do. There’s little more valuable to a teacher than the acknowledgment from stakeholders that their efforts are appreciated.

END_OF_DOCUMENT_TOKEN_TO_BE_REPLACED

8Teaching the days before big holidays is challenging. Students and teachers alike are ready for a break. Both struggle to pay attention regardless of how innovative and engaging are the lesson plans.

I’ve been there often. As a result, I’ve come up with fun ways to support learning while students power through the last few days of school. Here are seven I use during the pre-holiday season: 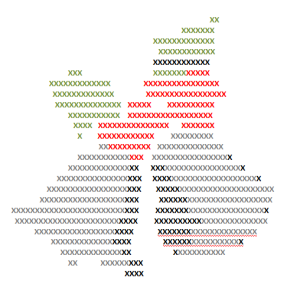 Time required: Less than one class

ASCII Art is the graphic design technique of creating images by typing the letters, numbers, and symbols defined by ASCII Standards. Here’s how you do it:

Tie-ins: Use this not only for holidays but any academic class by creating an artistic image of the topic being discussed. Click the link for an example of Abraham Lincoln to align with study of the American Civil War. This is also a fun and authentic way for students to practice keyboarding.

END_OF_DOCUMENT_TOKEN_TO_BE_REPLACED

Every month, subscribers to our newsletter get a free/discounted resource to help their tech teaching.

Any K-8 Technology Curriculum Teacher Manual only $15.59 (40% off) when purchased from the Ask a Tech Teacher Google Play Store

Limited number available so buy now! If you aren’t a subscriber to our newsletter, sign up here. Then get your monthly freebies!
xx
–Comments are closed but feel free to contact me via Twitter (@askatechteacher).

6 Unplugged Activities for Hour of Code

Hour of Code–December 7th-12, 2020–is a time when teachers show students why they should love-not-fear coding and students find out that these activities — often seen as geeky or impossible — aren’t. They’re actually fun.

Over the next week, I’ll share ideas that will get you ready for your Hour of Code. This includes (links won’t work until the articles are posted):

These suggestions go back to the roots of coding. The idea started as a clever way to teach students to think critically and problem-solve. The easiest way was to gamify coding, put students on a digital device they loved, and set them free. One hour, according to Hour of Code, would show them that deep thinking was fun and problem-solving was exhilarating.

I happen to agree. Some of my most gratifying moments are when I accomplish the impossible, unravel a Mobius Strip-like problem, or force myself to do what I’ve never before done. Hour of Code does that every year for oh many students. But here’s my issue: Too often, kids forget that the goal is to practice critical thinking and problem solving, not pursue a career in programming.

Let’s reinforce that goal by stepping away from digital device, recognize that these skills — critical thinking and problem-solving — apply to any part of life, even without a computer, iPad, or smartphone in hand. All kids need is their brain which happily, every child carries with them.

Here are some of my favorite unplugged activities:

I admit, when I first received this kit, I didn’t get the name–Crazy Circuits with Squishy Circuits. I couldn’t get my brain around all those words until I unwrapped the box and pulled the parts out. Then I got it: This had a ton of promise. If you’ve ever made Play Dough at home or in science class and used it as conductors and insulators–that’s the squishy part. When you poke circuits that light up or run motors or a bunch of other stuff into the dough–that’s the crazy part. With this relatively inexpensive kit, a wide age range of students learn about seemingly complicated topics such as insulators, conductors, resistance, and parallel and series circuits.

This is ready to go out of the box which means no soldering required.

How to Use it

The Crazy Circuits With Squishy Circuits kit includes six containers of colored squishy dough–some conductive and some insulating–and a variety of Crazy Circuits Chips. You don’t have to make anything or buy anything else. Detailed directions, project guides, educational resources, and videos can be found online in the Ward’s Science database. Crazy Circuits are compatible with LEGO™ and similar brick building systems.

If you’re wondering how squishy dough can conduct electricity, watch this 4-minute TED Talk. Though the video shows how to make the dough, you don’t have to do that. Ward’s Science sends it as part of the kit. You just attach the circuits, motors, and conductors, and let your creativity flow:

END_OF_DOCUMENT_TOKEN_TO_BE_REPLACED

10 Unusual Projects for Hour of Code

Over the next week, I’ll share ideas that will get you ready for Hour of Code. This includes (links won’t work until the articles are posted):

Coding–that geeky subject that confounds students and frightens teachers. Yet, kids who can code are better at logical thinking and problem solving, more independent and self-assured, and more likely to find a job when they graduate.

December 7-12, 2020 Computer Science Education will host the Hour Of Code–a one-hour introduction to coding, programming, and why students should love it. It’s designed to show that anyone can learn the basics to be a maker, a creator, and an innovator. Here are ten unusual projects (each, about one hour in length) you can use in your classroom to participate in this wildly popular event: